With a 15 year track record of improving athletic performance and reducing injuries, The Xplosive Edge is now offering consulting around the nation! Update your program with the newest integration techniques, technology, and the most scientifically proven program in the country. Owner Gibbie Duval and brother Zach Dual, now head strength and conditioning coach for Nebraska Football, have installed this program into numerous school across the nation. Make yours next!

Gibbie Duval has been a strength and conditioning coach at Xplosive Edge since 2004, and has since become owner and director of sports performance. For many years, Gibbie and his brother Zach, now head football strength coach and director of athletic performance at the University of Wyoming, worked side by side to grow the Xplosive Edge into the biggest sports performance training facility in the midwest. Over the years, Gibbie and the Xplosive Edge have maintained a close working relationship with Boyd Epley and Mike Arthur who had so much success with the “Husker Power” program for many years at Nebraska. Gibbie’s father Rick was one of the first football coaches that Tom Osborne hired at Nebraska so the ties run very deep. All of the programs offered at Xplosive Edge mimic many valuable principles that were created out of the “10 Husker Power Principles” established by Boyd many years ago. Over the course of the last 10 years, Gibbie has trained a Stanley Cup champion, Super Bowl champion, Olympic Gold Medalist, and many other professional athletes. Gibbie was selected by Boyd Epley as the Nebraska State Combine Director when Boyd released Epic Athletic Performance and was also selected as the keynote speaker at the annual postural restoration institute convention in Salt Lake City, UT. Also, Gibbie continues to work with many clubs in the area and has trained over a thousand volleyball and soccer athletes in the Omaha area.

Gibbie attended the University of Nebraska Omaha where he received his Bachelors Degree in Exercise Science and was a collegiate baseball player. While living in Kansas City, Gibbie was fortunate enough to be able to study under the legendary Romanian Olympic Gold medal coach Istvan Javorek where Gibbie developed into an olympic strength coach. Istvan was the original creator of the “dumbbell complex” and Gibbie was able to work with several Olympic athletes on sports performance enhancement and injury prevention programs. 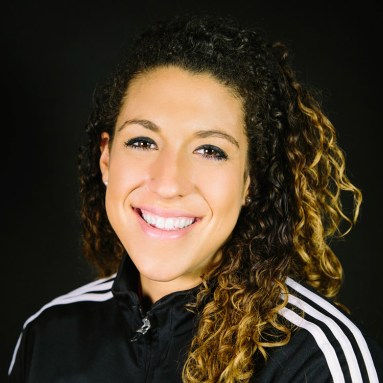 Diane Banderas graduated from the University of Nebraska Omaha (UNO) with her Bachelors Degree in Exercise Science. She earned her CSCS from the National Strength and Conditioning Association in 2015. Diane was a Division I middle blocker on the UNO volleyball team for five years, with fourteen total years of experience on the court both playing and coaching. In 2015 Diane was presented the, Maverick Muscle, award at the annual UNO Athletic Banquet representing her dedication and success within the competitive field of strength and conditioning.

In the summer of 2015, Diane was an intern with the Husker Power strength program under Boyd Epley and Mike Arthur at the University of Nebraska Lincoln assisting with volleyball, baseball, softball, soccer, and gymnastics. Over the spring of 2016, she completed an internship with Cressey Sports Performance in Jupiter, Florida. At Cressey, Diane worked with MLB players during their spring training season in both rehab and strength training, becoming more familiar with baseball specific arm care and training regiments. 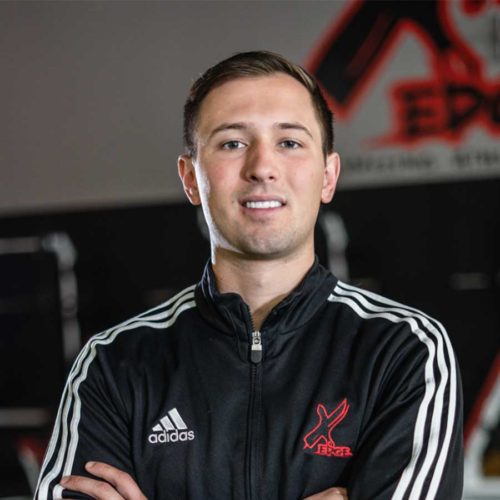 In May of 2015 I graduated The Nebraska Wesleyan University with a Bachelor of Science in Health and Fitness Studies and a Business Administration minor. While at Nebraska Wesleyan, I was a three year starter at cornerback for the prairie wolves defense. Off the field during my Junior and Senior year I was the president of the Wesleyan FCA organization (Fellowship of Christian Athletes). During my high school and collegiate career, I had an unmatched passion for maximizing my athletic abilities. Combining that with a desire to help others has lead me to the field of strength and conditioning where I have now worked with a variety of athletes ranging from grade school to collegiate athletes.

During the summer of 2014 I was an intern here at The Xplosive Edge. I choose X-Edge because in high school I played alongside and competed against one of their athletes. Seeing how advanced he was in the weight room with sound technique and superb strength I always wondered what went on at the Xplosive Edge. Throughout my internship I began to understand why the Xplosive Edge helped maximize my peer’s athletic talents. Through hands on coaching, with specialized and science based programming I began to see that X Edge gave athletes the best possibility to succeed.

A little over a year after my internship I received my CSCS through the NSCA. I was also granted the opportunity to join the X-Edge staff as an assistant strength and conditioning coach. Now in my new role I bring a high energy and positive coaching style mixed with the established training protocols at The Xplosive Edge to help all athletes reach their maximum potential.

Justin Pastoor graduated from Dordt College in 2015 with his Bachelor’s degree in Health and Human Performance: Exercise Science and minors in Psychology and Biomedical Studies. While at Dordt he was a four-year thrower for the men’s track and field team while working with multiple teams as a student intern sports performance coach and a student athletic trainer. Before continuing his education, starting in the fall of 2015 he took a year off to intern with Central College in Pella, Iowa where he had the opportunity to coach full time working with nine different teams while sitting in on multiple coaching courses. During this time, he was also an assistant track and field coach working with the throwers and short sprinters for Pella Christian High School.

In the fall of 2016 Justin began his Master’s program with the University of Wisconsin-La Crosse where he spent the next year and a half taking multiple graduate level courses in anatomy, physiology, biomechanics while further developing his foundations in coaching and programming and how to apply a science and data driven approach to sports performance. While completing his studies, he had the opportunity to work closely with football, men and women’s track, and spent a semester leading and programing for the men and women’s basketball team in their late off season and preseason.

For the capstone of his program, Justin began as an intern with The Xplosive Edge in January 2018 and in May 2018 graduated with his Master’s Degree in Human Performance: Exercise and Sports Science with an emphasis in Strength and Conditioning. Following his internship, Justin was extended an offer to stay on and join The Xplosive Edge as a sports performance coach and began immediately following graduation. In October of 2018 he successfully passed all requirements from the National Strength and Conditioning Association and acquired his CSCS.

Nate graduated in 2015 from Nebraska Wesleyan University in Lincoln with a B.A. in Business Administration and a Coaching minor. Nate was a Running Back at NWU, starting several games over the course of his career. After sustaining three tough injuries in a short period of time, he then decided to turn his focus toward coaching and preventing injuries through training athletes. He began coaching at his alma mater, Yutan High School, where he also ran the strength programs and was nominated for Nebraska High School Strength Program of the Year. This is when he got in contact with former teammate Eric Richards for an Internship opportunity at the Xplosive Edge. Nate began as an Intern in the fall of 2016, and received his CSCS in February 2017. Shortly after, Nate joined the Xplosive Edge staff as a sports performance coach.

Why do I coach?

“Impact. I have been given so much through sports. From great mentors like Gibbie, to great opportunities, I only hope to return what I’ve been given. It’s about more than lifting weights or winning games. It’s about preparing athletes for what comes next. Sports performance is just my avenue of doing that.”

schools that recently completed our program

Our Community
of Athletes

“The instruction, coaching, and materials provided will jump start our programs for this summer. At Pender, we feel like we have a lot of good things going for us, and we feel like the Strength and Conditioning program Gibbie and Nate took us through will help our athletes get to another level. Their program is tried and true and they can show you tons of data, so that was one reason why we decided to work with them. Gibbie and Nate are super easy to work with and I appreciate their availability, even with their busy schedules.”

WHAT ARE YOU LOOKING FOR?
OMAHA LOCATION
ELKHORN LOCATION